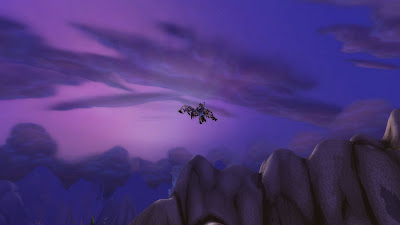 Season 9 is here, and with it serious PvP is back in style.  I won't say I don't miss the lax attitude of the last couple months, but the fact of the matter is, if you want to seriously PvP in this season, now is the time to work at getting geared and ready to go.  The best time to get into PvP is at the start of a season, when the gear playing field is level.

With that in my, I'm taking a bit of a break from my informal Cataclysm leveling guide to walk you through pretty much ever current viable PvP spec, so that you can choose how you'd like to be playing this season.  I'm starting this off with 2 handed Unholy, because it has slightly higher dps than the other DK specs, and also has the most general utility.  Although frost and blood as a LOT more viable than they were last season, at least for the time being, Unholy is back to being the "it" spec.  A bit a shame?  Maybe, but that's just how it is.

The basic spec, packing the best combination of dps and PvP utility (more or less, I haven't gone miles into the theorycrafting) is 0/8/33.  You aren't give a whole lot of choice with your Unholy talents, and in the frost tree there is absolutely no choice at all, because you need to pick up Lichborne, and Endless Winter. 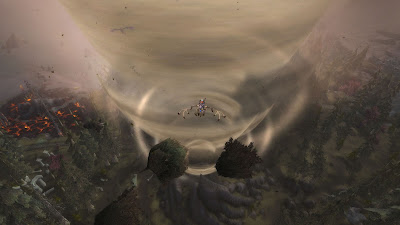 So now you've seen the basic talent rundown, but what exactly is this spec packing?  Well dps rotation aside (we'll talk about that in a sec), it's got the standard Strangulate silence (which isn't a talent, so every DK spec features), a free mind freeze every 10 seconds and the additional ghoul stun.  This means, that if you need to lock down a caster, you can interrupt a cast with DG, chains of ice, strangulate, mind freeze, ghoul stun, mind freeze again, then drop dark simulacrum.  They won't know what hit them.

The spec is also packing Lichborne, one of my favourite frost talents, which makes you immune to those pesky stuns and gives you the ability to heal yourself with Death Coil.  The macro for that is:

You don't have a ton of choice when it comes to your prime and major glyphs.  This list comes from Elitist Jerks, for optimal dps, and I'd say it's pretty solid for PvP as well.

Prime:
[Glyph of the Ghoul]
(as a side note, the mouseover for this won't work properly.  Please ignore wowhead's lack of a glyph of the ghoul atm, and just go with the name.  I'll fix that soon as I can.)
[Glyph of Scourge Strike] | [Glyph of Death and Decay], for AoE/DW (Yes I know thsi post doesn't discuss DW.  More on that in a future post).
[Glyph of Death Coil] | [Glyph of Icy Touch], for AoE.

The minor glyphs in EJ are left up to your personal choice, and I'd agree with that.  They aren't going to affect your dps too much, so I wouldn't worry overly about it, take whatever floats your boat. 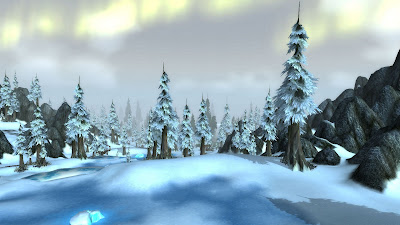 The Rotation
Okay.  So as I've already stated in a few past posts, the days of set DK rotations are behind us, in their place is a world of priority systems.  Now if you've PvPed before, you're probably already familiar with the concept.  PvP has never really had a set rotation, it's all about reaction to your situation.  Sure, if a friendly rogue has your target stunlocked, you may as well open up your pure dps rotation, but that's not gonna happen very often.
But, for purely academic purposes, and so that you have a rough understanding of the raid rotation, here's the priority system, once again courtesy of EJ:

Diseases > Dark Transformation > DnD*/SS if both Unholy and/or all Death runes are up > FeS if both pairs of Blood and Frost runes are up >
DC if SD, 100 RP, will overcap RP with anything else or if RC isn’t up > DnD/SS > FeS > DC > HoW.

HOWEVER, this is the raid priority system.  Yours will have to be different because of PvP.  Therefore, with that in mind, I've altered the system a little bit to account for PvP.

Diseases>Dark Transformation>INTERRUPTS*>Dark Simulacrum (vs. casters only)>DnD/SS if both UH and/or Death runes are up>FeS if both pairs of blood and frost are up>Necrotic Strike if one unholy or death rune is up>DC if Sudden Doom procs, or if you're at 130 RP, or about to ovecap>DnD/SS>FeS>DC>HoW.

*Interrupts take precedence over everything if you are fighting a caster, especially a healer, and they're casting a spell.

Okay, so that probably seems really complicated.  Let me make it much simpler.  This PvP rotation is basically the same as the raid one with a few things in mind.

First, when a caster is casting, if you CAN, you SHOULD interrupt them.  Always.

Besides that, the dpsPvP is all about rolling with the punches and being ready for anything.  The benefit to knowing the rotation is just understanding how to dps. 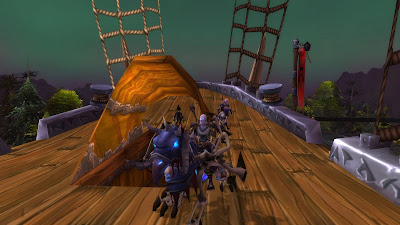 Conclusion, and some thoughts on Ghoul Control
So, before I wrap this up, I want to run through a few basics EVERY Unholy DK should be aware of.  First, your ghoul is important, if it's dead and your raise dead is off CD, you should be bringing it back.  Second, you should have leap and gnaw keybound, not set automatically.  Got an ally running away?  Leap and stun.  Need an on-the-fly interrupt for that big heal, but have mind freeze and strangulate on CD?  Gnaw it up!
Don't let the computer decide when to interrupt!  That's your job as the player.  I only leave Claw on automatic (since he should be using it every CD), and turn of huddle entirely, it's a complete waste of a GCD, when aggrro is meaningless in PvP.  Learning to use your ghoul effectively is one of the best things you can do as an Unholy PvPer.
Anyways, to wrap this up, Unholy is a very strong spec in the early days of Season 9.  2h UH packs the most utility, and according to most theorycrafters, the most dps.  If you're into min-maxing, this is probably the spec for you.  If you don't like unholy, never fear.  There's two other trees, and even a DW variation on UH and frost to come, so don't fret.  The difference between specs isn't too enormous, so you've definitely got options.
Until next time, Practice safe Death!
~Onike
Posted by Onike at 9:11 AM