Lame, clichéd title?  Yes, but I just didn't have the creativity today for something wittier.  Before I dive into content here, I also want to apologize for the lack of posts lately.  The holidays have been pretty busy on my end, and an additional mountain of RL insanity has taken me out of the game for the better part of three weeks.  But I'm back, and with me comes the next installment of my comprehensive DK spec list for PvP. 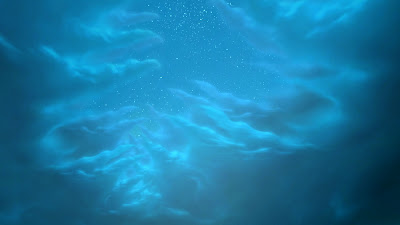 Unlike the pre-cataclysm mini season, we're now into a much more stable, complete Rated PvP Season, namely Season 9.  This means gone are the days when spamming Howling Blast was a viable way to play frost.  We're back to a proper rotation, and seriously thinking about what you're doing.  With that in mind, let me help you re-learn frost.

The basic spec is something along the lines of 7/32/2 which combines the raw dps spec, courtesy of Elitist Jerks.  You lose On a Pale Horse, which while being a nice talent for mobility just can't be squeezed in with the mandatory PvP talents:  Lichborne, Endless Winter, and Chillblains.

I've also dropped Chill of the Grave, in order to have some points left to put into the Unholy tree.  This change is debatable.  You could probably drop another raw dps talent for CotG, but personally I feel like RP generation is less important than raw dps in PvP where you'll be switching targets all the time, and probably not standing still and nuking as much as in PvE.  Also, now that you'll be using OB instead of FS again for Killing Machine procs (more on that below), RP is not as important a res source as it was before Season 9.

As with the 2h UH spec, you'll get the free interrupt with mind freeze, and the potential self heal with Lichborne. 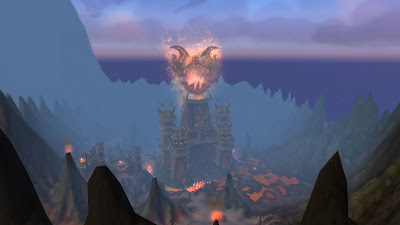 Elitsist Jerks, in their frost dps section recommend the use of:

Prime
Major
Minor
I agree with these glyphs, since their benifits all apply to PvP as well.  However, I'd also recommend using [Glyph of Anti-Magic Shell] for one of your major glyphs, as the AMS makes you essentially immune to many of the major threats in PvP, and extending it is pretty much a must in this case.

As I said in my 2h UH write up, there isn't really a rotation anymore.  Everything we do in terms of damage is based on a mildly complicated priority rotation.  But once you've got it figured out, it's really not all that complicated.  Don't worry too much about memorizing the exact details of this, as it only applies to situations where you're able to deal the maximum dps.

The priority system from EJ, slightly modified to account for interrupts and the like in PvP is as follows:

Diseases >INTERRUPTS*> Ob if both Frost/Unholy pairs and/or both Death runes are up, or if KM is procced > Dark Simulacrum (vs. casters only)>
BS if both Blood Runes are up > FS if RP capped > Rime > Ob > BS > FS > HoW.
*Interrupts take precedence over pretty much everything in PvP, if someone is casting a big spell that is either gonna do a lot of healing (in the case of healers) or a lot of damage, interrupt it as often as you can!

It should also be noted that in the case of 2h frost, you'll be using UH presence, not frost presence.  If you're into detailed explanations and whatnot, it's because of Might of the Frozen Wastes, a talent which means that making faster attacks in UP is much more valuable than it would ordinarily be.

Basically, the system here is actually much simpler than it's UH counterpart (one of the reasons I like this spec... I'm lazy!).  Get your diseases up, Frost Strike when you've got lots of RP (especially when you're capped... duh), Obliterate when you've got two Death Runes, or both Frost/Unholy up, and blood strike if blood runes are up.  Besides that just follow the procs (KM= OB, and Rime = HB).  Simple enough, really. 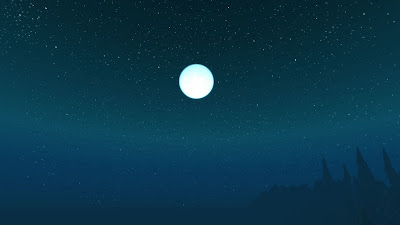 Conclusion and the joys of Hungering Cold

In general, frost is a much more viable spec than it has been in the past for PvP.  Although still slightly in the shadow of its UH counterpart, frost is absolutely a viable spec.  I've done a write up for the 2h spec first, because many DKs will already be running the "best" spec, 2h UH, and this does not require a new set of weapons.  However, it's probably worth noting that technically DW frost does better damage than 2h.  Not an extreme amount, but enough to make it worth grabbing 1 handers, if you're planning to go frost for your main spec, and still haven't picked up that sexy Conquest Weapon yet.

Now, it's no secret that frost is my favourite spec.  I adore frost, so admittedly, some of my constant assurances of it's overall viability might be attributed to that.  BUT, it is also way more practical to play frost now than it was in Season 8, and plenty of us die-hardsDKs I know that continually run frost) love to PvP frost is largely it's cornerstone ability, Hungering Cold.

Hungering Cold is a godsend, it's one of the best all-around CCs in the game, capable of totally freezing a huge group of people in place.  Although that silly mage hungering cold knock-off might freeze people in blocs of ice, it also creates a giant rune on the ground before activating, giving people plenty of warning to move.  HC has no such downside, it can come from anywhere, at any time, and can be used in almost any situation.  Learning to use HC to your maximum advantage is one of things that will make frost that much better, and isn't something I can really teach in a little conclusion here.

At any rate, I've rambled long enough.  There is your one-stop-shop for everything 2h Frost.  Still to come, DW Frost, Blood and DW UH.  Stay tuned, and until next time,